Quarantining History (The History of Quarantine) 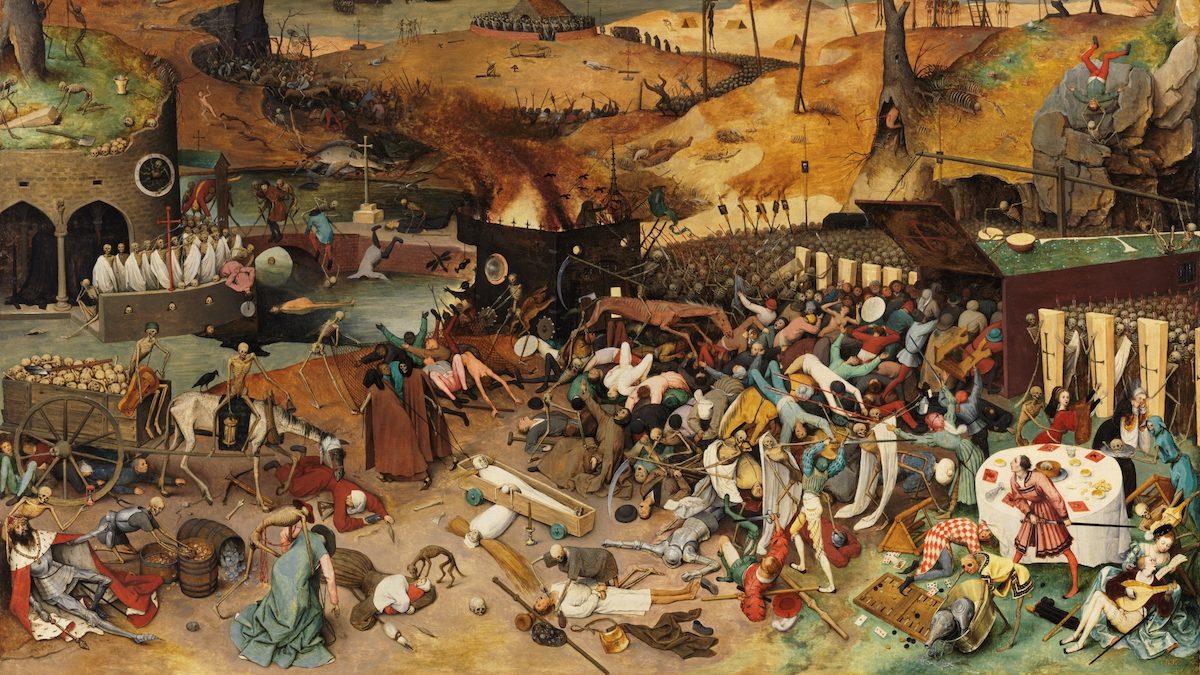 With the world today, we have tons of medical knowledge and practices that help slow the spread of infectious diseases and eradication of others. We know more about how illness spreads and more about what causes certain diseases during certain times of the year. Out of all the diseases prevention that the human race has learned over the years there is one that has survived and shown to be effective throughout the years. This technique was developed before the concept of antibiotics and true understanding of the world. The technique is called quarantine. To fully understand why quarantining is so effective we must look at its history.

Many instances of quarantining throughout early history(we are discussing B.C. time period), involved separating the healthy from the sick with hope of lessening the number of sick throughout the population. Our ancestors and people of the past knew the way to get diseases (like leprosy)was though contact with a person with the disease. Later on during the Bubonic Plague (1342 – 1353), many people were getting sick from the fleas on the back of rats. These rats were being transported from Asiatic countries towards European ones. This was before the world could talk to each other (nation to nation) and the only true way of helping was through diplomatic means.  “The Black Death first appeared in Europe in 1347. Over the course of four years, it would kill between 40 million and 50 million people in Europeans somewhere between 75 million and 200 million worldwide. The Plague may have reduced the world population from an estimated 475 million to 350–375 million in the 14th century. In 1377, the seaport in Ragusa, modern day Dubrovnik,issued a "trentina" – derived from the Italian word for 30 (trenta).Ships traveling from areas with high rates of plague were required to stay offshore for 30 days before docking. Anyone onboard who was healthy at the end of the waiting period was presumed unlikely to spread the infection and allowed onshore. Thirty was eventually extended to 40 days, giving rise to the term quarantine, from the Italian word for 40 (quaranta). It was in Ragusa that the first law to enforce the act of quarantine was implemented. Over time,variations in the nature and regulation of quarantine emerged. Port officials asked travelers to certify they hadn't been to areas with severe disease outbreaks,before allowing them to enter.”[1] There are no better words to describe the system used by the medieval people; You may think that this is the end of the effectiveness of the method of quarantine. However, that is just its origin it developed further in America. America had many outbreaks of infectious diseases as early as the ‘The Outbreak of 1793’. This outbreak of yellow fever in Philadelphia (the capital of America at the time of the Outbreak ‘til 1800s) was the showing point that America needed to take these types of epidemics seriously. The reason for the seriousness was during that period of time the total population was 11,000 people, by the time the end of the year came 10% of the population (around 5,000 citizens) were victims of yellow fever. The transfer of this disease was shown due to an epidemic of Yellow Fever coming from the Caribbean and some came to Philadelphia to escape it and not knowing they were carrying the disease.

Diving further into the history of Quarantine, it has also been used negatively by multiple nations to be used as a political tool. As one nation could deter against another in fear of a disease that is found commonly in one country but not in another. Another huge topic was the rights of the individual against the safety of the many. Many people don’t know of Mary Mallon, but everyone knew her nickname of Typhoid Mary. She was a person who did not show any indications of carrying typhoid. Through her job as a cook it was discovered that she was a healthy carrier for the disease by sanitation worker George Sober. He published his investigation findings of the June 15,1907 case. “Sober reconstituted the puzzle by discovering that previously the cook had served in 8 families. Seven of them had experienced cases of typhoid.Twenty-two people presented signs of infection and some died. That year, about 3,000 New Yorkers had been infected by Salmonella typhi, and probably Mary was the main reason for the outbreak. Immunization against Salmonella typhi was not developed until 1911, and antibiotic treatment was not available until 1948 [4]. Thus, a dangerous source like Mary had to be restrained. Mary was then frequently accused of being the source of contact for hundreds of the ill.Sober, after enlisting the support of Dr. Biggs of the N.Y. Department of Health, persuaded Dr. Josephine Baker, who along with the police, was sent to bring Mary Mallon in for testing. Baker and the police were met by an uncooperative Mary, who eluded them for five hours. At the end she was forced to give samples. Mary’s stool was positive for Salmonella typhi and thus she was transferred to North Brother Island to Riverside Hospital, where she was quarantined in a cottage. In 1910, a new health commissioner vowed to free Mary and assist her with finding suitable employment as a domestic but not as a cook. Mary was released but never intended to abide by the agreement. She started working again in the cuisines of her unsuspecting employers, threatening public health once more. As a cook of Sloane Maternity in Manhattan, she contaminated, in three months, at least 25 people, doctors,nurses and staff. Two of them died. She had managed to be hired as “Mary Brown”. Since then she was stigmatized as “Typhoid Mary” and she was the butt of jokes, cartoons, and eventually “Typhoid Mary” appeared in medical dictionaries, as a disease carrier. Mary was placed back on North Brother Island where she remained until her death.”[2]

We have talked a lot about other nations and US interactions with quarantine system but what about the small towns. Here in the town of Lake City, S.C. there are two main raging components in the past that shows that individual towns have used quarantine to protect its own citizens. During the early year of 1900 there was a raging smallpox epidemic around the U.S. a Methodist Preacher, J.E. Rushton, wrote in the Southern Christian Advocate “The “smallpox” is raging in Lake City all around the parsonage. We are shut in. February 17.”

There was also a pandemic of Influenza around the years of 1918-1919 (some people were sacred and there were a few cases that were found in 1920). This set the example of how people today would respond to pandemics around the world. “Health authorities in major cities of the Western world implemented a range of disease-containment strategies, including the closure of schools, churches, and theaters and the suspension of public gatherings. In Paris, a sporting event, in which 10,000 youths were to participate, was postponed. Yale University canceled all on-campus public meetings, and some churches in Italy suspended confessions and funeral ceremonies. Physicians encouraged the use of measures like respiratory hygiene and social distancing. However, the measures were implemented too late and in an uncoordinated manner, especially in war-torn areas where interventions(e.g., travel restrictions, border controls) were impractical, during a time when the movement of troops was facilitating the spread of the virus.”[3] This virus was placed towards the end of WWI and because of the fear of it spreading with a large force of troops returning to the states many cities were preparing for the worst. In Lake City on February 12, 1920 they took many precautions towards further spread of the “flu” by the health board closing schools,churches, and theaters. They ordered that businesses close earlier and also demanded that public gatherings should be disbanded.[4] This swing of a pandemic is very similar to the one we are currently going through. “the great slowdown of American life recalls the quarantines, public-meeting bans, and shutdowns that came about during the 1918-1919 influenza pandemic. A physician of the era, George Price,famously called influenza a “destroyer and teacher,” and according to an article by Dr. Nancy Tomes,the most important of its lessons was “the difficulties inherent in controlling a deadly, fast-moving epidemic in communities knit closely together by mass transportation, mass media, mass consumption, and mass warfare.”[5] In Philadelphia during this time, they decided to go against the health officials and hold a fundraiser parade as planned. This fundraiser was supposed to help raise funds for the war effort and the effect of the large gathering was shown later on within the month. The city had 20,000 people gather and the effect of the large gathering was a spike in influenza cases and deaths from the disease.“As a 1922 Guardian article, cited by Tomes, noted, “But of what use is it to advise a modern urban population to avoid traveling on trains or trams, to ask the rising generation to abandon the pictures, or to warn the unemployed to take plenty of nourishing good and avoid worry?” But while many efforts at the time weren’t perfect—and public pushes to relax social controls when the disease seemed to wane led to relaxed safeguards and in many cases new waves of infections and deaths—they did help.”[6]

In this time period we know there is a lot of stories and facts being thrown about by political parties, the media, as well as the general public. We gathered and posted these cases not only around the world, but also in our own back yard. Like we would want anywhere, we want people to not look at everything you are told to be 100% facts. We would want everyone to do their own research and come up with their own explanation, instead of accepting what is told to you. We know we are not the forefront of the information train, but we also want to educate people that type of pandemic, similar to COVID-19  (Coronavirus Diseaseof 2019), has happened before. We hope that everyone is staying safe at this time and practicing methods that have been used for many generations now.

[1] LeslieS. Leighton, “The History of Quarantines to Isolate The Sick Dates Back Thousands of Years,” Science Alert (The Conversation, February 4, 2020),https://www.sciencealert.com/quarantines-have-been-used-to-try-keep-diseases-at-bay-for-thousands-of-years)

[3] Tognotti,Eugenia. “Lessons from the History of Quarantine, from Plague to Influenza A.”Emerging infectious diseases. Centers for Disease Control and Prevention, February19, 2013. https://www.ncbi.nlm.nih.gov/pmc/articles/PMC3559034/.

[4] “PrecautionsTaken Against the Spread of Influenza.” Lake City Closes Up. February 13, 1920.