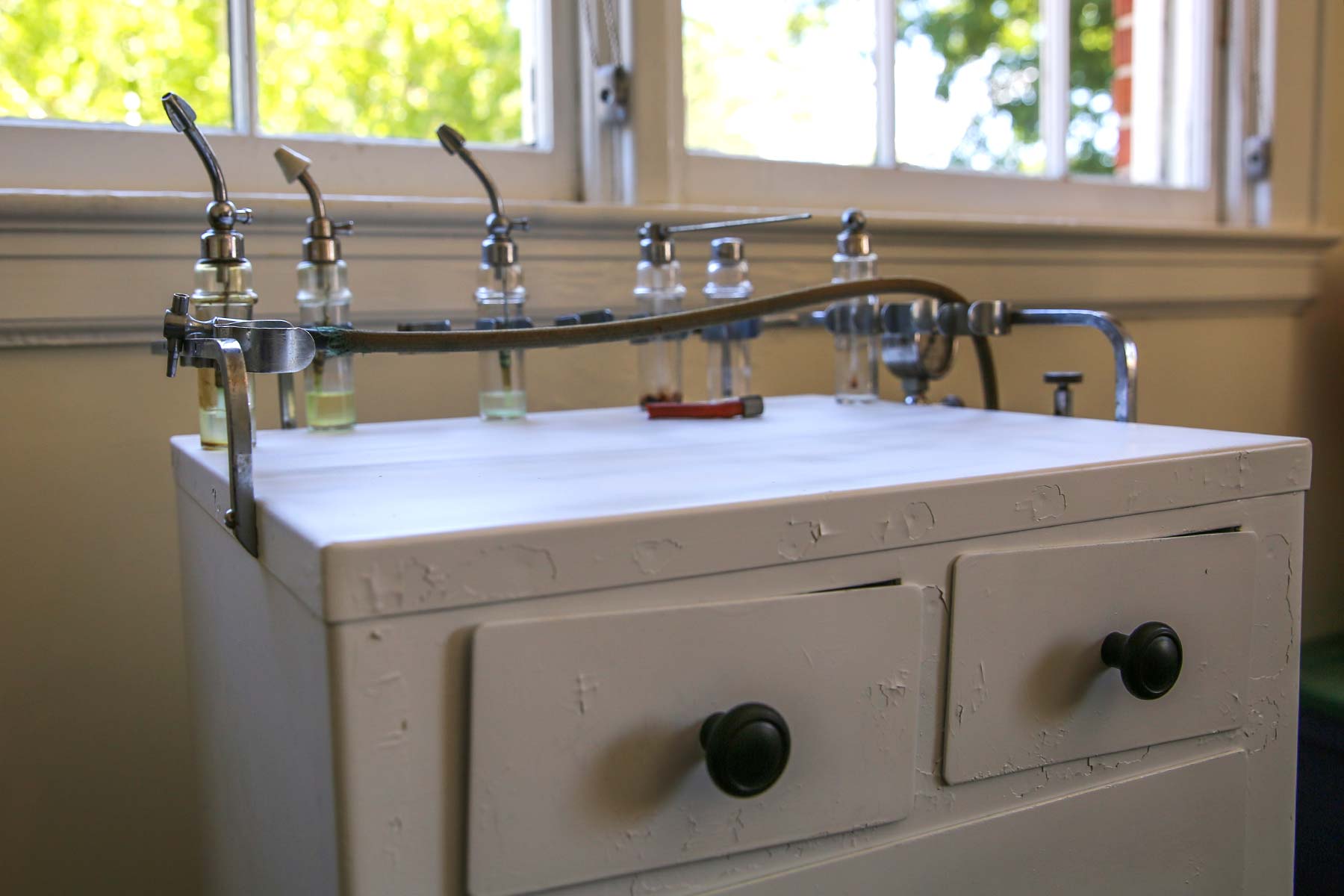 This is an ether machine found upstairs in the Surgery room at Lynches Lake Historical Society and Museum. Many people wonder what ether is and why this machine is so important but first let’s answer what ether is. Ether was used as an anesthetic and treatment for diseases examples like scurvy or pulmonary inflammation. Ether is pleasant smelling, colorless, and highly flammable while in liquid and gaseous form, it could be vaporized into a gas that is able to numb the pain but able to maintain the patients conscious.

"In 1842, Georgia physician Crawford Williamson Long became the first doctor to use ether as a general anesthetic during surgery, when he used it to remove a tumor from the neck of his patient James M. Venable. Long did not publish the results of his experiments until 1848, and by that time Boston dentist William T.G. Morton had already gained fame with the first publicly demonstrated use of ether as an effective surgical anesthetic. After watching his colleague Horace Wells unsuccessfully promote nitrous oxide as anesthetic, Morton concentrated on the possibility of ether. On March 30, 1842, he administered it to a patient at Massachusetts General Hospital, before a surgeon removed a tumor from the patient’s jaw." From History.com.

The reason why this artifact is important is because it is apart of the history of surgical procedures. Most people early on were either kept awake and passed out from shock or from pain. Doctors, not on the battlefield, did not want their patients to struggle or get hurt from moving so much. This is because the more someone moved the more likely they were going to cause more damage to themselves. In the 1840s both were every common throughout the world. The one thing that ether had going for it was that you did not need medical skill to administer. However, many people in 1853 flocked more towards chloroform, ethers rival as anesthesia, due to Queen Victoria’s administration of it during the birth of her child Prince Leopold. During the wars (Mexican-American, Civil, and Crimean Wars) chloroform was more prominently used due to its quick reaction to reduce pain during trauma and other procedures.

This machine is also very interesting because of the motorization it has. This motor can move between blowing the Ether into the mouth of the patient to being able to suck any unwanted residue that a doctor would want to rid a patient of, all from the same machine.